“Discover the beauty of your family again!”
Main menu
Skip to image rotation. Please use up and down arrow keys to navigate between images.
Skip to primary content
Skip to secondary content

A Place to Warm Your HeartCelebrating our 25th year

Welcome to an adventure! Surrounded by nature, Country Woods Inn is the perfect place to escape the chaos and have fun with your family while remembering a simpler time! Secluded, stand-alone cabins, century old guesthouses, Main Lodge, even a restored Santa Fe Railroad Car or an authentic Airstream Land Yacht. 40 wooded acres of wide open spaces on the Paluxy River with a river walk to the historic downtown square. Minutes from Fossil Rim and Dinosaur State Park, this Award Winning inn is the perfect setting for Family Reunions, Church Retreats and Weddings in the breathtaking Chapel in the Woods! 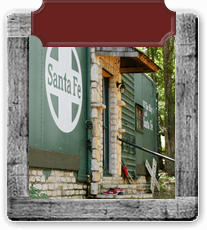 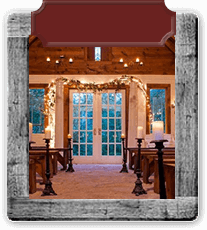 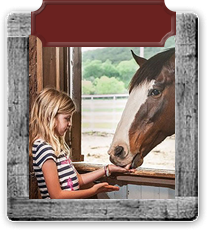 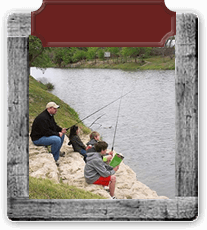 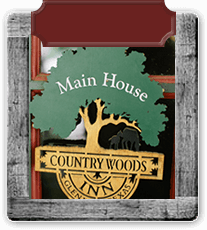 Welcome to an Adventure in the Texas Hill Country!

CABINS TO THE RESCUE!!
Escape the chaos to 40 acres of wide open spaces!

Celebrate your family on our authentic farmstay with endless adventures: fish, swim, hike, fossil hunt, campfires, bird sanctuaries. Eat breakfast with the barnyard animals in the old stable! Picnic the old-fashioned way in our meadow full of wildflowers. There’s even a children’s Library and Art Studio in the middle of the llama corral! Award-winning Inn for best family reunions. We are minutes from Fossil Rim, Dinosaur Valley State Park and The Promise.

A Note from the Innkeeper:

Helen bought this little valley with a small farmhouse and 3 barns in 1980 after restoring the original 1926 Glen Rose Hotel from 1975-1979. After 16 years raising her 3 daughters here, (and lots of hours in the riding arena) she sold her flower shop on the downtown Glen Rose square and started building what today is Country Woods Inn.

Beginning with one room prepared as a romantic getaway, little did she know her first guests, a family of 3, would inspire her to create an inn for families after she watched the young daughter play with her grandmother’s 1896 dollhouse. The small farmhouse became the Main Lodge which is used for retreats, reunions and receptions today, and sleeps 12.

The next three years, the tack barn, feed barn and tractor barn were converted into cabins. Helen’s daughters spent many college weekends helping her refinish floors and tile bathrooms! Thinking she had the perfect inn that accommodated 20, and was finally finished sheet-rocking, hanging doors, running PVC, sewing curtains, etc., she was elected mayor. While surveying a flooded section of town, she noticed an abandoned house that was falling down, and the prairie house batten board siding was disappearing, but it had beautiful bones. Learning that the fire department was about to have a practice fire drill on it, she called the owner, who sold it to her for $1 if she would move it immediately. And so the house moving adventure began, and over the next five years she saved and restored three 100-year-old farmhouses, one was to be bulldozed for a parking lot and one to be razed for a backyard! While county commissioner, she also rescued the first one-room schoolhouse and the first Glen Rose telephone building, which were both moved to Heritage Park.

Helen is now a full-time grandmother to her 9 grandchildren who all live close by. Hopefully, her winters will soon be spent in her favorite San Miguel de Allende and her autumns at her farm in Minnesota. Her daughters are looking forward to carrying on the innkeeper tradition for many families in the future to enjoy at Country Woods Inn.